Running into a merge conflict#

In this example we have a column that represents the total number of orders your customer has ever had. It's currently named number_of_orders but your stakeholder feels like this could be named better.

You and a teammate make changes to the column name, but have gone two separate routes. You rename this column to total_number_of_orders and your teammate has renamed it historical_order_count.

Your teammate has committed their change first, so you encounter a merge conflict when you press commit.

Commit which will trigger the merge conflict

You will then see that the git action bar shows commit and resolve... instead of commit indicating that the Cloud IDE has detected some conflicts that need to be addressed. You should also see the conflict section marked with some flags:

Conflicting section that needs resolution will be highlighted

You could run into this merge conflict in 2 possible ways:

The way to resolve either scenario will be exactly the same!

Repeat this process for every file that has a merge conflict.

When you've resolved all the merge conflicts, the last step would be to commit the changes you've made!

The easiest way to identify whether you've successfully resolved all conflicts would be to check the file tree. If all the files highlighted in red have a file icon next to it, instead of the warning sign, you should be good to go! 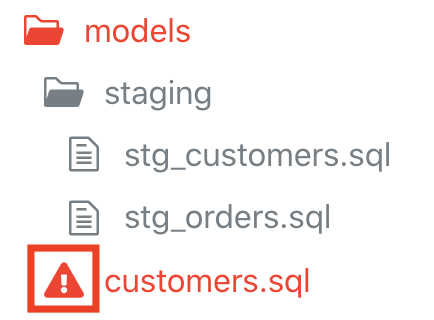 Conflict still needs to be resolved 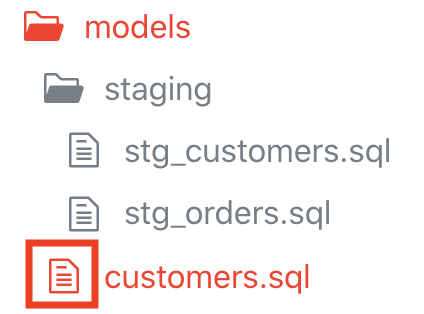 Conflict has been resolved!

You will also know it's time to commit when you press the commit and resolve... button and the modal does not have any warning messages about unresolved merge conflicts!

When you're ready, write your commit message as you normally would and press the Commit button!